PATIENT ALERT: If you have tested positive for COVID in the last 14 days, please notify us and reschedule your appointment. Online COVID pre-screening is REQUIRED 72 hours prior to your appointment. Please CLICK HERE to complete the questionnaire.  Masks are still required in all offices.   Information regarding COVID-19. 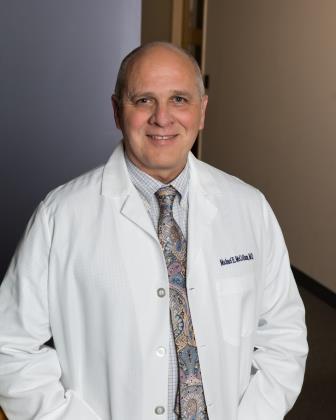 Dr. McCollum has practiced medicine in hospital and university capacities for over 20 years. Prior to joining Virginia Oncology Associates, Dr. McCollum served as Gynecologic Oncology Section Chief for Franklin Square Hospital Center, Baltimore, Maryland. He was also Assistant Clinical Professor of Gynecologic Oncology at both the University of Maryland School of Medicine and The Johns Hopkins Hospital and University School of Medicine.

Dr. McCollum is a Fellow of the American College of Obstetrics and Gynecology (ACOG). He is also an active member of several other notable medical associations, including the Gynecologic Oncology Group, American Medical Association, Johns Hopkins Medical and Surgical Association, and Maryland Medical Society. He has received ACOG’s coveted Council on Resident Education in Obstetrics and Gynecology National Faculty Award three times.